I’m terrible at DNF’ing books…or great at it, whichever way you look at it. I also am really awesome at not liking most of the books that are extremely hyped as much as it pains me. Hence why you don’t see that many new releases on the blog– they intimidate me. Last week, I was having a conversation with one of my friends about books that I didn’t like and just about all of the ones I mentioned were her favorites which made me think about WHY these books weren’t my favorite. Because of this, I decided to go through the lists on my Goodreads to see which books I would be willing to give a second chance to. The plan is to try to read at least one of these books a month in 2019 to see if my feelings have or haven’t changed and why I disliked them to begin with…and possibly why I like them now.

A lot of the books, who am I kidding, ALL of the book on this list are very well-loved books in the community so I am full on prepared for the bashing. But remember this is a redemption post for these books so maybe I’ll be praising them in the future?

click the book cover to be taken to their goodreads page

ONE. THE RAVEN BOYS

I read this book around 3 or so years ago and I remember being incredibly bored. I think there was a helicopter in there somewhere? I was also confused about everything that was going on. It is loved so much in this community and I was told it gets better as it continues (as I’ve been told with about every series that will be listed here.) I’m intrigued to see what my thoughts are the second time around!

So with this one… I don’t really have an excuse. I was bored and was wanting to the story to happen and not so much world building and then I quit reading. I could have sworn I was like 50 or so pages into the book whenever I stopped reading it but as I’ve been recently told I didn’t make it past chapter 2, so… I think this series deserves another fighting chance.  It doesn’t hurt that the new GORGEOUS covers are coming out soon, so…

I don’t know what was going through my mind when I was reading this because there was absolutely nothing wrong with this story. I was just bored? But there was no reason for me to be bored. There was so much action and a ton of stuff going on! I think it was my mindset at the time. I really want to give this series another chance.

Dimple annoy the crap out of me. I really wanted to enjoy this so I think I’m going to try to give it another go on audiobook and see if that helps my feelings any.

FIVE. THE GIRL FROM EVERYWHERE

This is a book that, again, there was nothing wrong with it. It was all me. I’m sticking with my wrong mindset excuse again. I think it wasn’t going the way I had in my mind and I got confused and bored, but the writing is really great. Plus, I freaking love time travel. Why wouldn’t I love this?

I was straight up BORED. I get the whole magicalness and beautiful writing and

junk but the story didn’t have my gripped at all. I’m thinking that this one will be another second chance on audiobook.

Technically I haven’t read this book yet but I realllllly hated the first book in this new series, Wildcard. I absolutely couldn’t stand it or the writing, which was a big bummer for me because it was one of my most hyped books for this year, plus I love Marie Lu. I hated where the story was going but I want to give the sequel a chance to see if I still hate it or if the story goes in a direction that I enjoy.

I can’t stand this book. It was like a fantasy Gossip Girl gone wrong. I know so many

people who loves this series and a few of them are ones that I trust reviews on. Plus this is another series that gets better as it goes and gets less juvenile (or so I’ve been told) so I’m willing to try again. Just gotta get through the initial push that is the first book and move on.

NINE. THE GIRL AT MIDNIGHT

This story was way too much like Daughter of Smoke and Bone (and if you’re new here, hi, that is my favorite fantasy) that it made me so angry reading it. It’s like the knock off handbag of DoSaB. One of my good friends continued with the series and really enjoyed it, plus I’ve seen a lot of reviewers that I trust talk highly of it lately so what the heck? I’ll try it again.

TEN. TO ALL THE BOYS I’VE LOVED BEFORE

because the thoughts I had going through the book were completely different from everyone elses. And then I watched the movie and I was like yup… it was me…because that movie is cute as hell. I want to give the other 2 books a chance and hopefully I’ll enjoy them!

Again, if you’re new here, hi. You wouldn’t know that Passenger is one of my most hated books of all time. I love time travel and I want to say I finished a duology so I am going to suffer through this book and hope that I enjoy it this time around, fingers crossed.

And here is the big one, ya’ll. I read the first two books of this series, Throne of Glass and

Crown of Midnight, and while they weren’t the worst, they weren’t the greatest. I hate when authors write super long books where absolutely nothing happens in the first half and makes you wait for the second half where all hell raises lose. Can’t you just have it happen gradually throughout the books instead of all at one damn time?! This series intrigues me so I’m going to give it another shot and see how I feel. (Plus I’m really missing Chaol…he’s the best part.)

I am fairly certain that this is the longest post I’ve ever wrote haha. Feel free to bash me in the comments if I talked down about your favorite book. It’ll motivate me to want to give it another go! Also on that note, if you’re wanting to buddy read any of these books with my next year, please let me know! It’ll make the experience so much more fun.

13 thoughts on “Second Chances to My Most Hated Books”

Hi! I’m Britt. I’m a book junkie who can talk your ear off about books. Many of my hobbies include spending too much money on Funko Pops, singing Disney tunes from the top of my lungs and collecting too many mugs.

There was an error retrieving images from Instagram. An attempt will be remade in a few minutes. 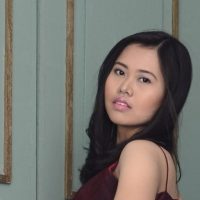 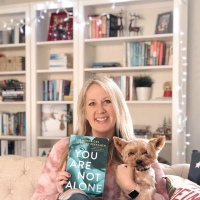 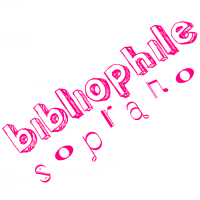 I want adventure in the great wide somewhere. I want it more than I can tell.

my passion is reading

The Beachy Reader
a novel glimpse

A quick look into books.

"Happiness can be found, even in the darkest of times, if one only remembers to turn on the light." — Harry Potter and the Prisoner of Azkaban.

North of Nonsense South of Sophisticated

Somewhere north of nonsense and south of sophisticated lies the truth we long for...